on June 29, 2013
Okay, I know if I kept up at this, it would be less of a problem.  But I confess, I am not good at that.  I have thus had many frustrating attempts at cleaning them due to my neglect.

This is one of the corners of gunk.

I have tried hydrogen peroxide, baking soda, cream of tarter, vinegar, lemon juice, dish soap, dishwasher soap (powdered and liquid), steel wool (aka Brillo), salt....etc.  I have also tried SAFE combinations of these.  (ALWAYS know for a FACT that chemical are safe before mixing homemade cleaners).

Even with all of these, most have not had a significant effect on cleaning this baked on gunk.  Also, I do not use cooking sprays which make the problem much worse.  I still get some of it over time.

I do know putting a splash of ammonia in a bag and tying it up tight for a few hours, preferably in the hot sun will work well.  Commercial oven cleaner will work.  But I would prefer not to kill myself chemically.

Last night on a whim I tried rubbing alcohol.  Hello, new trick!!  It worked great.  It was not perfect, some of the worst areas still need a little more work.  But I suspect a little longer of a soak and it would be a non-issue.  When I put the alcohol on the pans, I let them soak for a couple hours at most.  So all in all, it worked well.  Some of the yellow gunk areas that weren't as bad, just wiped off fast and with little effort.  Other areas took more scrubbing.  I did still use the steel wool in combination with the alcohol.

My arm and shoulder really hurt when I was done, but I had also spent a lot of time trying other methods which failed.  Once I started on the rubbing alcohol, the job was SOOO much easier.  Still not what I would call a total breeze, but a lot more manageable.  The more time you can soak them, the better.

Also you can saturate a cloth in alcohol and leave it on a bad area so you can use less and focus your efforts if need be. 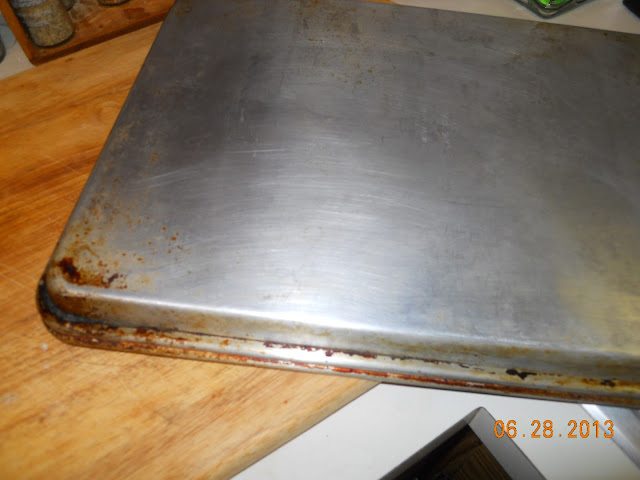 This is where is was trying cream of tarter and vinegar on the pan on the left.  The pan on the right had dishwasher liquid on it. (not the handwashing stuff, but the stuff for your actual dishwasher)  Both failed on this miserably. 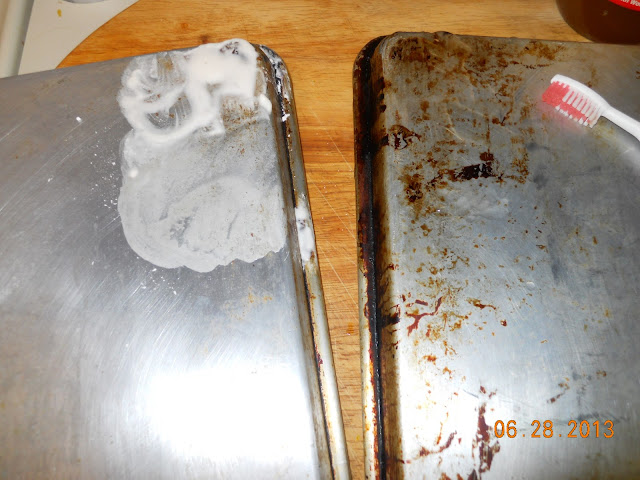 This pic is where I first tried the rubbing alcohol and let it soak a few minutes.  That much came off fairly easily.  What is left behind was the meaner gunk that took more soaking and some elbow grease. 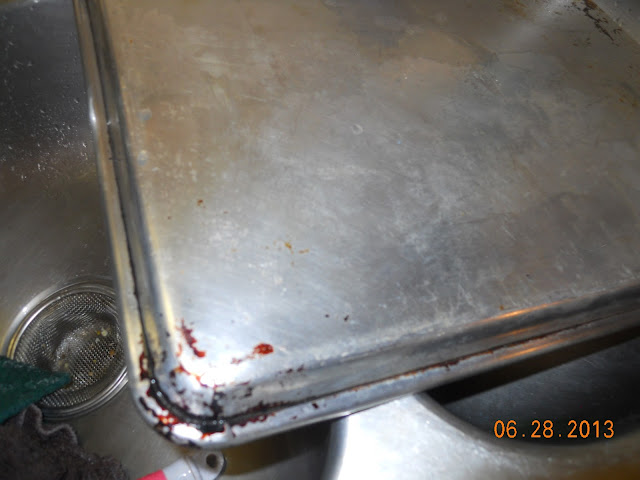 This was when I finished.  As you can probably see, it was not 100% perfect, but pretty good overall.  All in all, I would say rubbing alcohol rivals ammonia for cleaning pans.  It is still some powerful stuff and hard on your hands, but personally I feel safer with it.  Of course, do use it in a ventilated area as well. 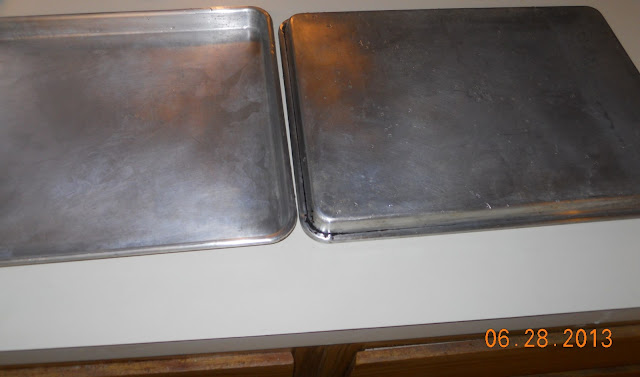 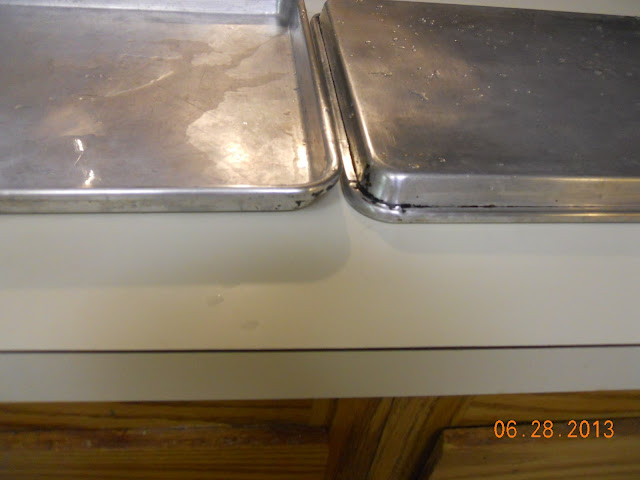 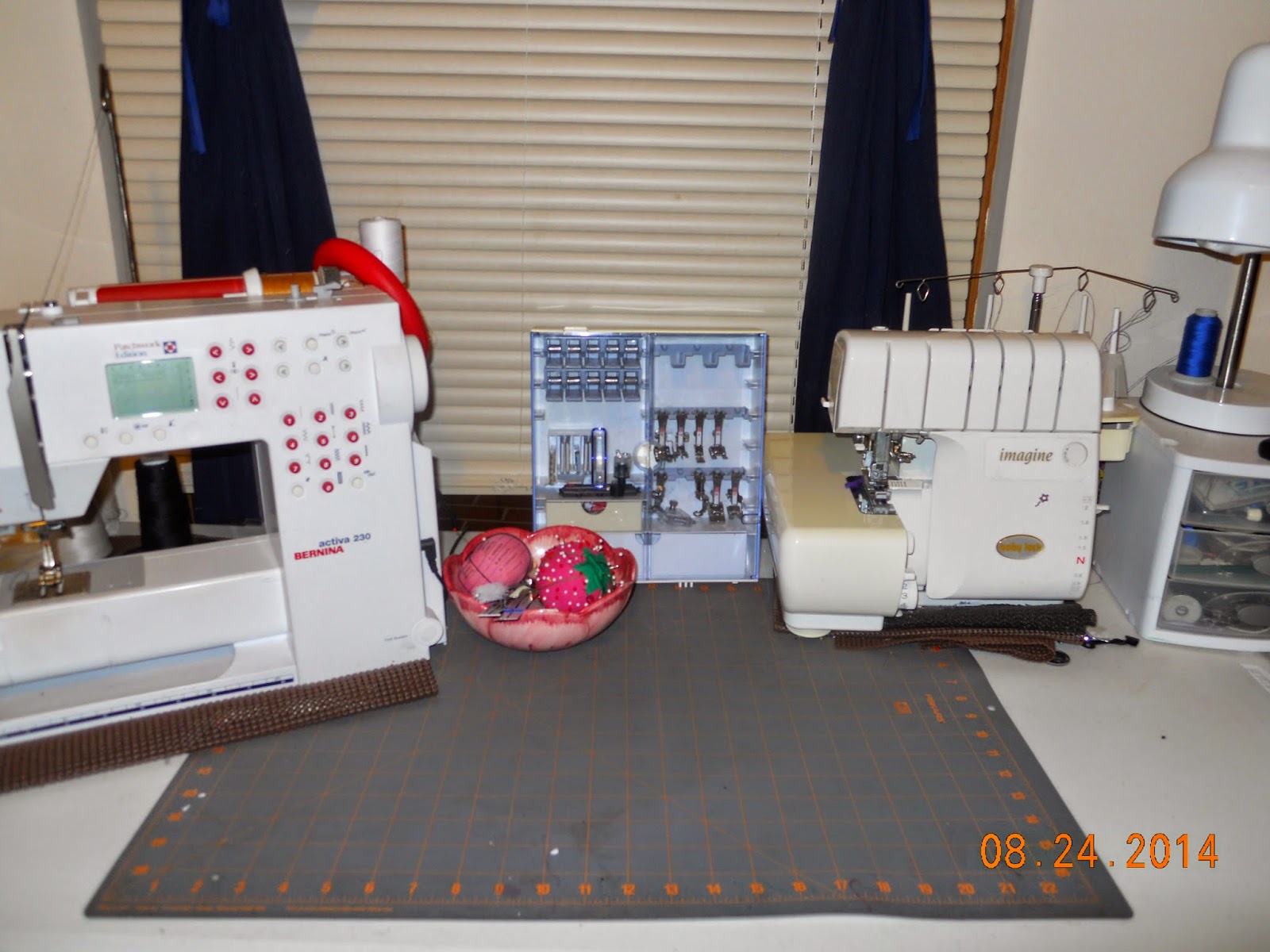